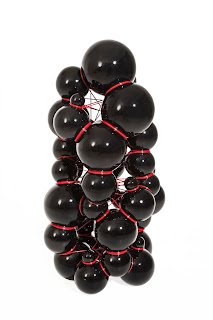 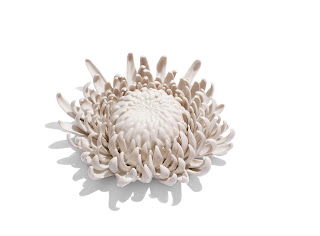 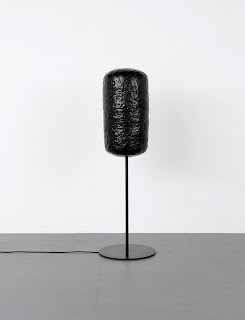 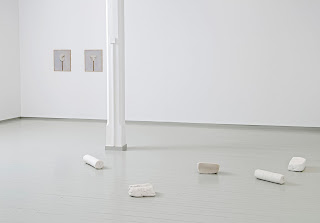 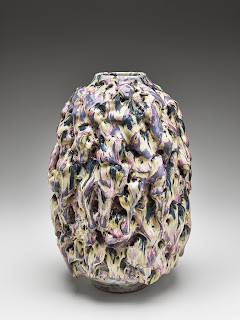 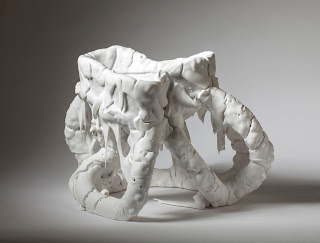 The exhibition runs from April 12 to May 14

Press Release
During the Milan Design Week 2016 Copenhagen Ceramics - in close collaboration with Galleria Salvatore Lanteri - is proud to be presenting a show of new works by a group of Denmark’s foremost ceramic artists. The exhibition aims to highlight current developments on the contemporary scene of ceramic art and to show how, at the age of the digital and dematerialization, clay continues to inspire, to reinvent itself, and pushes artists towards new experimentations.

The boundaries between craft, design and fine art seem increasingly blurred and the works in this exhibition are all in this field of cross-over and interrelationship. You might say that what connects the projects is a special interest in one particular matter - clay. Clay as a historical medium rooted in ancient cultural traditions ...clay as an amorphous material of incomparable formability... fired clay as an exquisite richness of texture and colour. Clay epitomizes materiality and tactility and the recent surge of interest in ceramics as artistic medium reflects a new position: a need for a hands-on approach seen in the light of the digital revolution.

All artists in the show are well established and are showing their work in museums and galleries worldwide on a regular basis. They represent the generations of artists where professional engagement with an international audience has become as important as the home market.
So why do we curate a group exhibition of Danish ceramics only? Can you still speak of particular Danish characteristics, influenced by tradition and some common background? This exhibition certainly shows a rich variety of expressions and statements: seven very different approaches to the art of ceramics.

About the Artists
Anders Ruhwald’s (b.1974) work explores the cultural role of objects through contextual displacement and interchange of familiar forms, texture and material qualities. The works are generally presented as large installations, that comment on and question conventional ideas about what belongs respectively in the domestic and the public sphere, discussing the very status of the object in a contemporary setting.
Bente Skjøttgaard (b.1961) makes highly textured ceramic sculptures with an aura of equal parts toughness and her sense for an underlying poetic delicacy. She is constantly testing the performing abilities of the raw materials, the works relying on both her fresh, sketchy approach to modelling in the wet clay and the unpredictability of her firings with glazes at high temperatures. Out of her immediate control, the materials are left in the kiln to perform on the basis of her previous experiences and her infinite curiosity for new unexpected results. Bente Skjøttgaard keeps adding new highly personal chapters to the infinite story that culture and nature share, whilst continuing her exploration of ceramic possibilities.
Kristine Tillge Lund (b.1973) is interested in the cultural historical preconceptions linked to the production of ceramics. She scrutinizes values inherent in the various processes of making by enlargening particular, overlooked aspects of the relationship between the materials’ qualities and behaviour and what convention dictates for the finished results. What if the glaze becomes the object itself? What if the roll of porcelain clay is fired unelaborated into the status of an art object? Or the flawless vase is deliberately set to produce cracks, thus denying it’s culturally agreed functional qualities?
Marianne Nielsen (b.1971) holds a very special position in Danish Ceramics. In an almost nerdy way, she is preoccupied with the role of nature in our culture. In recent years her work often has resulted in definite renderings of natural subjects: mountains, feathers, leaves and  now flowers and plants. As a kind of souvenir they refer to something beyond ourselves, being continuous, universal and something which, through its authenticity, contains an essential beauty. Yet, the representations of nature are about ourselves, since they only acquire their meaning through our particular gaze.
Martin Bodilsen Kaldahl’s (b.1954) ceramic sculptures are emphasizing their simple expressive existence in space. He insists that even the most casual, banal gesture in space can be made important through a precise formal elaboration. In recent works he seeks to establish the conditions for creating an intuitive, spatial form, setting up his own obstacles to avoid consciously planning the figures. Like sculptural equivalents of semi-consciously scribbled doodles, the works just exist as pure three-dimensional movements. A captured account of the here and now.
Morten Løbner Espersen (b.1965) states: ‘The vessel is my object of choice. An archetypical form I’ve spent over 20 years making variations on, from the functional and modest, to the aesthetic and sumptuous. Clay is my material of choice, because it contains so many possibilities: a plastic, amorphous material of incomparable formability that can be fired into imperishable, precise forms’. In particular, Espersens vessels are characterized by an exquisite richness of texture and colour obtained through his multi-layered application of glazes.
Steen Ipsen (b.1966) works with a ceramic expression involving both form and decoration. In the hand-modelled sculptures the decorated patterns seek to underline the shapes, making them stand out more clearly, thus strongly emphasizing the movements in the objects. He is especially known for works consisting of joined, simply coloured spherical elements, that are subsequently tied up with coloured strings in a connecting line-pattern, resulting in an abstract and highly spatial, sculptural expression.

Copenhagen Ceramics is an exhibition platform, that began its activities in 2012, with the aim of showcasing and demonstrating the high quality and great diversity of contemporary Danish ceramics as well as work by selected non-Danish artists.