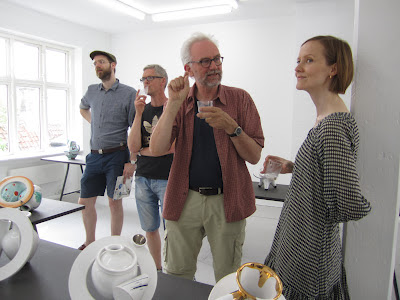 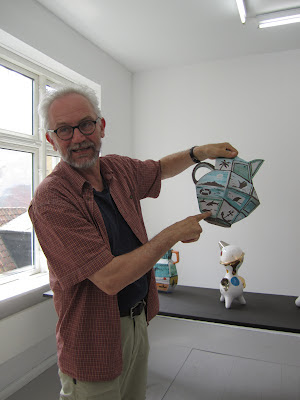 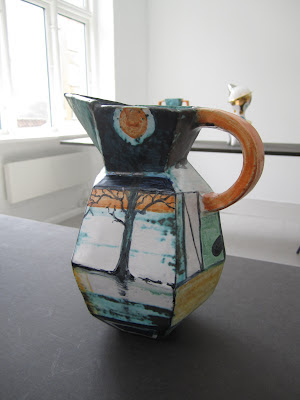 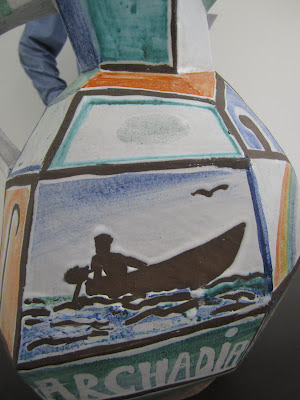 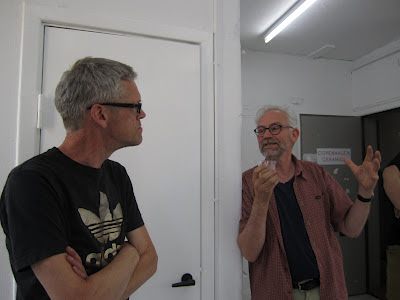 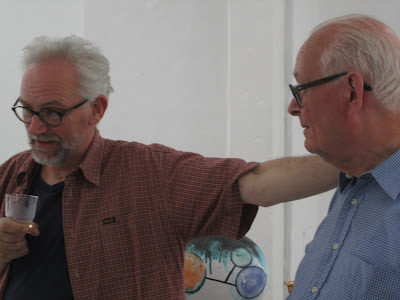 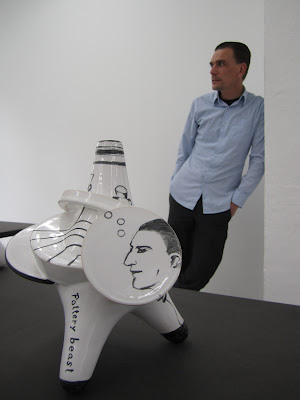 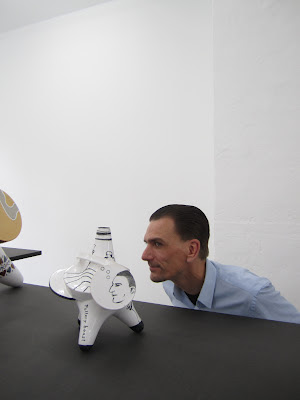 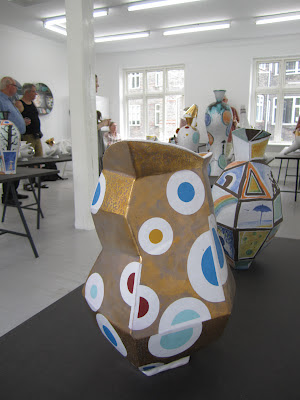 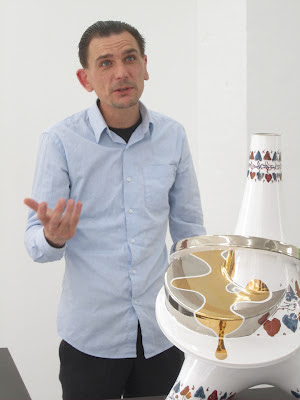 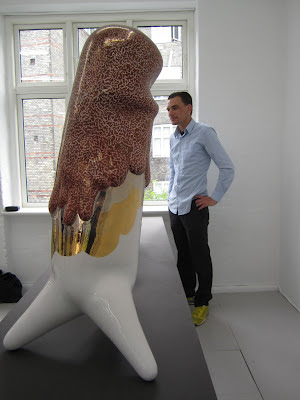 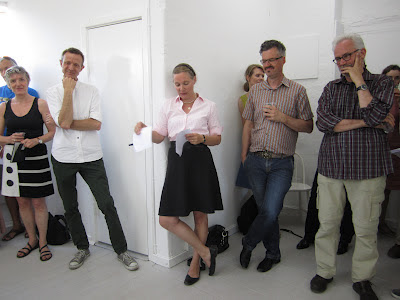 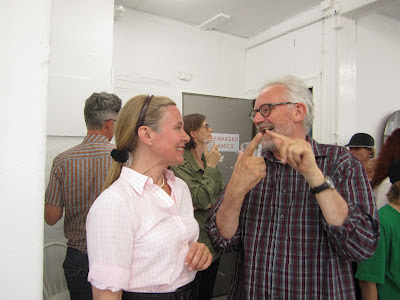 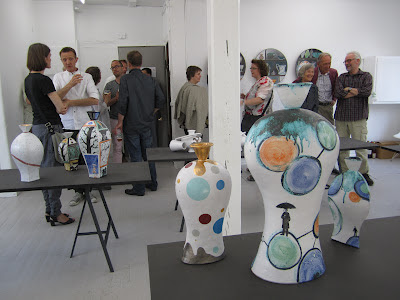 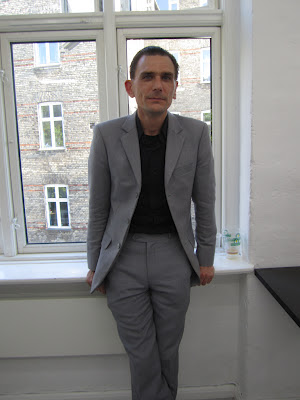 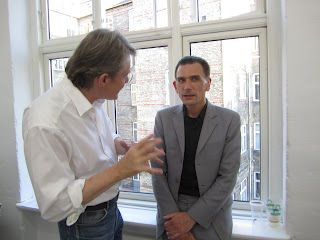 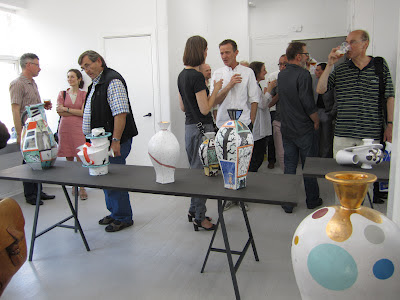 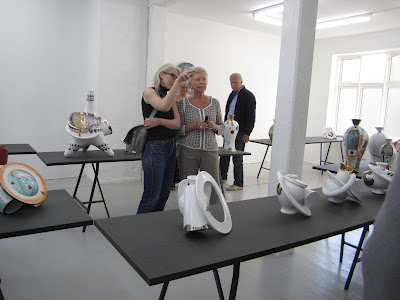 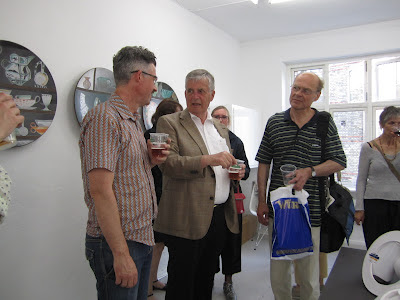 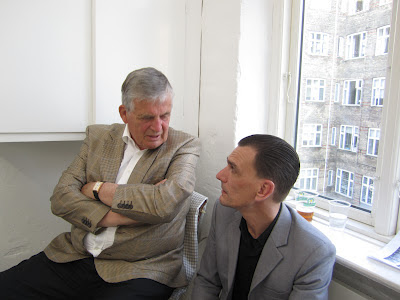 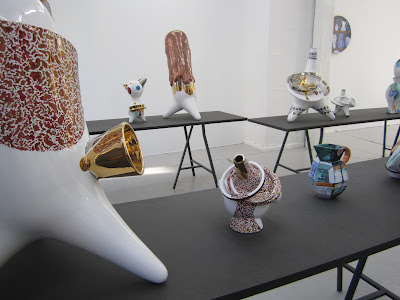 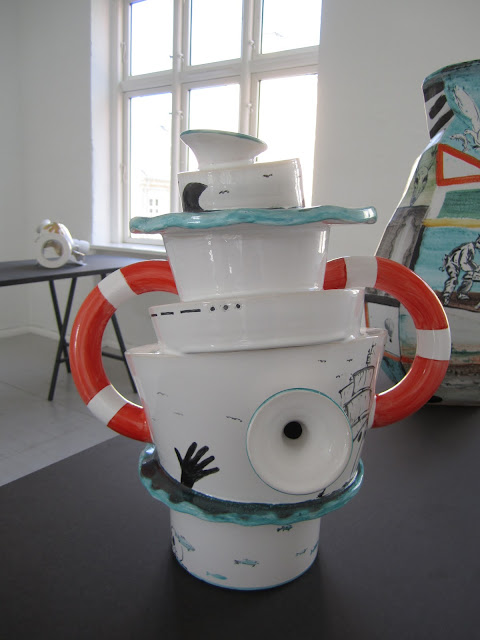 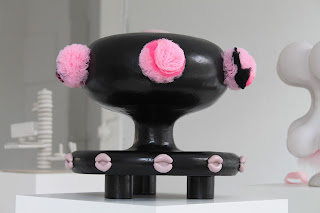 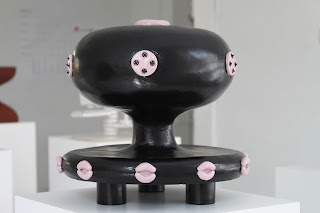 Inhabitants have chosen to work with the cake stand as their theme. They have placed orders for new cake stands with each other, each giving directions as to what they wish the others to deliver. 30 bids for new cake stands emerged out of this – as crossbreeds of the commissioner and the interpreting maker.

Mikael Jackson:
Short and Precise:
I would like the cake stand to be build out of 1 cm thick slabs. They have to have sharp corners and edges.

Christin Johansson:
My name is Augustine Adler. I lived in Meissen, Germany, in the beginning of the 1700th century so I like things from this era. They make me feel comfortable.
In the present time, I adore opera, circus and theatre. Christin is decorating my new home in Smallegade in Frederiksberg. She’s promised to make room for my beloved parakeet and mice so I won’t feel too lonely.
Baroque circus is where I thrive. I hope this information is useful to you.
I WOULD LIKE
A Baroque circus cake platter including at least one other material besides ceramics. It should be suitable for yellow cakes.
It would make me happy if could carry it on my body because I walk around a lot in Copenhagen to figure out how the city works today. I know the city from the 1700th century, but a lot has changed since then.
Kind regards,
Augustine Adler
Kristine Tillge Lund:
Cake and cookie production makes me think of mass production, the industrial process, and easy and functional packing methods.
This is why I would like to order a cake stand from each of you that reflects this:
-Mass production, factory production, assembly lines, stations and process in general.
- Practical packaging, levels, stalls, limits, separations


Ole Vesterlund:
It wasn't because he carried a wish to give an appearance like a cake tray, it just happened; suddenly he had become the winner of "Golden Miss Cookie Tray Competition 2012".


Signe Schjøth:
Remixed
Through history you find that many cakes have been named after great actors, composers and writers, as a tribute to great talent. In mid 18-century Louise Heiberg had her cake, and later followed Sarah Bernhardt at a time when the actress visited Denmark.
To mention a couple more, the composers Rubinstein and Carl Nielsen also had cakes named after them.
Should one pick a contemporary talent, one could look at the electronic scene. Trentemøller is, by my opinion one of the greatest talents right now.
Therefore I want you, Inhabitants-members to make cake stands especially designed to the not yet made Trentemøller cake.
A few keywords describing his music could be:
Curiosity, lazy hypnotic waves, dynamic, melancolic, sensitively, atmospheric, filmic, heavy post rock mutations, crispy electronic rythms, organic.

Check out the amazing review on Danish National Television. 'Smagsdommerne' is the leading television program about cultural events, exhibitions etc.  -on saying what is hot and what is not. Thursday the 3th of May they recommended our show.
To the question: 'Do the world need anymore cake stands?' Kresten Osgood said:
'…yes if they are as cool as these… They (Inhabitants red.) are like a rock band….I had a great experience... it has opened my eyes to how great ceramics are'.
Kirsten Jacobsen said: '...how fantastic it is to experience that dogma or rules can set creativity free…it was charming and enchanting… it is 98 percent innovation and 2 percent repetition…'
And at the end of the program they all agreed on recommending our show as the place to go.